Flower crown workshop – Fundraising for Gemma and the Stroke Association 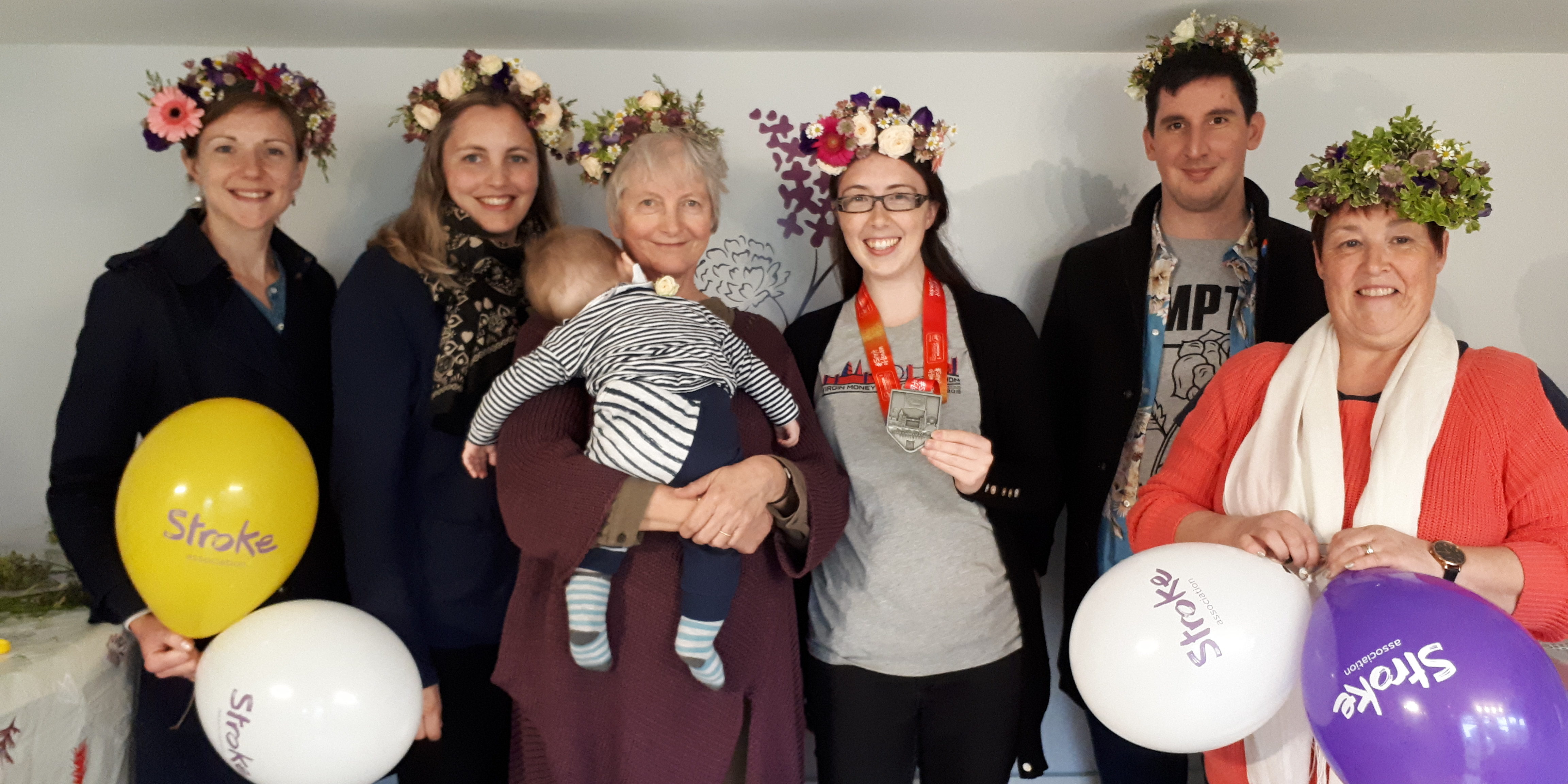 Back in late 2017, I was walking along a London street with my best friend Gemma when she suddenly dropped into conversation that she had applied to run the London Marathon. This is a girl who although considerably fitter than me and loves an exercise class, hadn’t really ever run before in her life!! We may not get in she said, but Gemma is one of those people that generally wins things she enters. A few weeks later she messages me and tells me, she and her cousin Kate had a place running for the Stroke Association.

This is a cause that is very close to both of their hearts. Over 10 years ago now, I remember standing in our shared university house kitchen when Gemma got a phone call to say her Grandad had had a stroke. Neither of us knew what to do or how to handle the situation, we were so young and fortunately had little experience with dealing with illness. It was snowing out and all I remember is going out sledging to try and help. Her Grandad sadly died, leaving a huge hole in the family.

I am certain this terrible loss was huge motivation for Gemma. She followed the training plan to the letter, although poor thing, struggled with injuries and regularly had tissue massages to try and alleviate the pain. I was blown away when she said she was going to run 18 miles, but actually managed a little more. As the date approached, the focus turned to fundraising and she asked if I would run a Flower Crown Workshop for her. I jumped at the chance, especially since the charity had told her no one had ever raised money that way before. 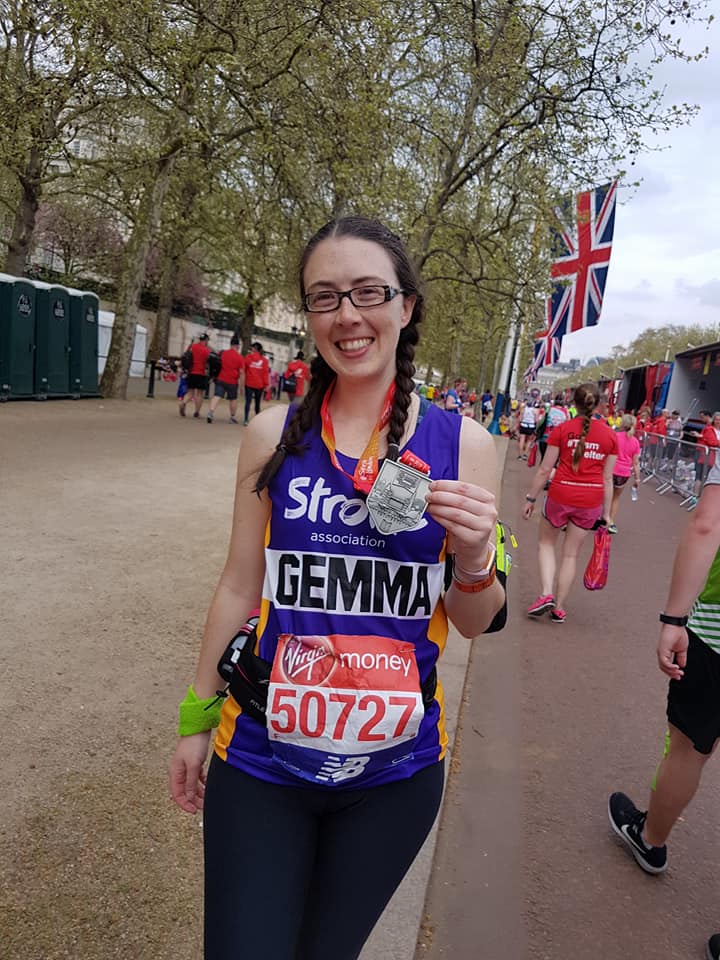 Then the day came, April 22nd 2018 and boy wasn’t it warm! I couldn’t believe that Gemma was going to run 26.2 miles, whilst I was sweating just sitting on the sofa! Run she did and wow, what an absolutely incredible job! I was blown away by her courage and perseverance, and I can not tell you how proud I am of her. She will openly tell you how hard it was, especially in what is now officially the warmest marathon on record. She definitely has the running bug! 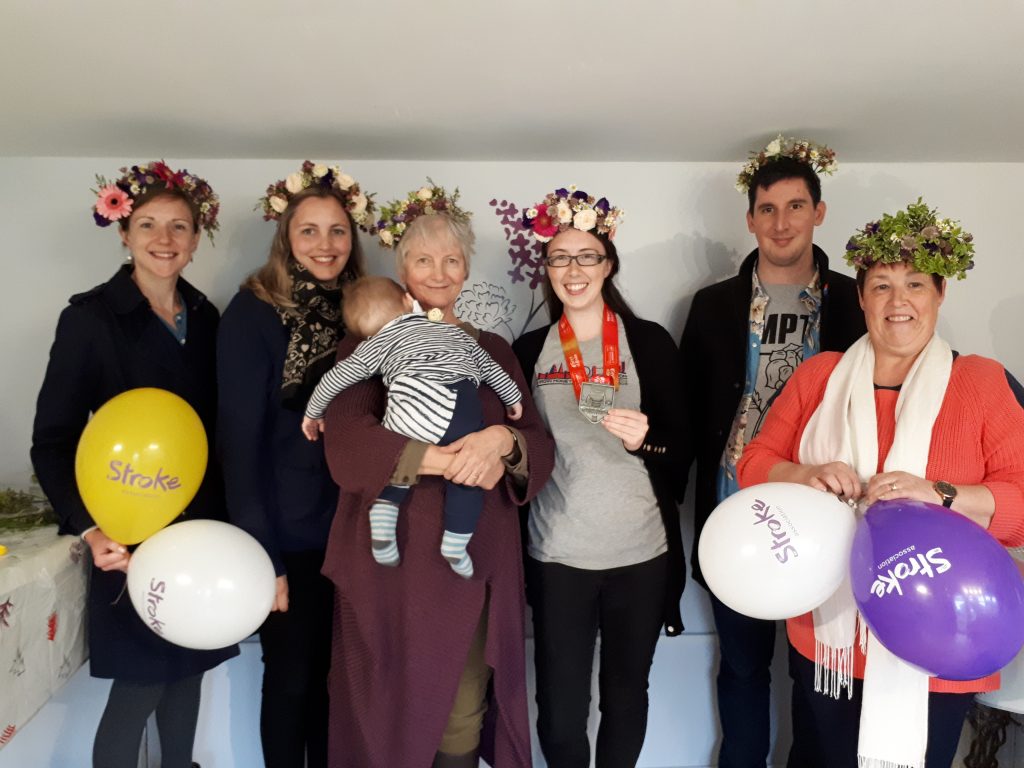 A week later, she came into my Studio with more cakes than anyone could ever need and that incredible medal around her neck. 6 of her friends and family came to make flower crowns with me. I had ordered in a beautiful array of flowers in different colours and textures, including Gemma’s favourite Germini and her mum’s favourite Daisy. They watched my demo and all looked on bemused as I wired flower after flower onto a wire band. I could definitely feel their concern that they wouldn’t be able to do it, but not one of them struggled. They all made absolute stunning crowns, and considering that they all had the same materials, not one was alike. 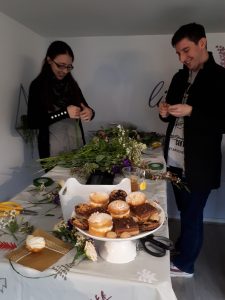 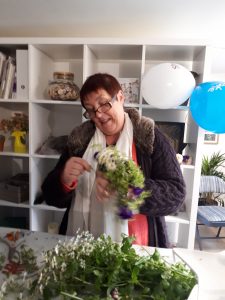 It was my absolute pleasure to help Gemma in her fundraising for the Stroke Association and I am so incredibly proud of her!

If Gemma’s story has struck a chord with you or you are just blown away by her amazing-ness (like me!), then you can still give a donation to her fundraising page at https://uk.virginmoneygiving.com/fundraiser-display/showROFundraiserPage?userUrl=GemmaandKate&isTeam=true

Categories: Bespoke Services, Workshops30th April 2018
Go to Top
This website uses cookies. We'll assume you're ok with this, but you can opt-out if you wish. Settings Accept Reject Read More
Manage consent

This website uses cookies to improve your experience while you navigate through the website. Out of these cookies, the cookies that are categorized as necessary are stored on your browser as they are essential for the working of basic functionalities of the website. We also use third-party cookies that help us analyze and understand how you use this website. These cookies will be stored in your browser only with your consent. You also have the option to opt-out of these cookies. But opting out of some of these cookies may have an effect on your browsing experience.
Necessary Always Enabled
Necessary cookies are absolutely essential for the website to function properly. This category only includes cookies that ensures basic functionalities and security features of the website. These cookies do not store any personal information.
Non-necessary
Any cookies that may not be particularly necessary for the website to function and is used specifically to collect user personal data via analytics, other embedded contents are termed as non-necessary cookies. It is mandatory to procure user consent prior to running these cookies on your website.
SAVE & ACCEPT